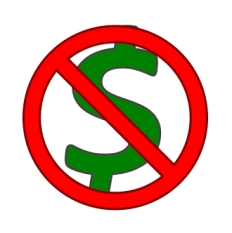 For those of you who do not know, I recently accepted an assistantship at the LSU School of Music to be their IT Specialist. It has been a really good experience, and I am learning a lot about enterprise IT and what it entails. Some may argue that enterprise IT requires a lot more than 20 hrs. a week and should be a full-time job. I won’t argue with that, but I am very happy with the experience and it is great for me.

There has been only one problem to an other wise great job. I haven’t been paid! I keep getting emails from LSU’s Human Resources department saying that I won’t be paid until I fill out a series of forms required by the school. The HR dept. even provides a friendly link to my online account where these forms are available to fill out online. I checked the link, and all my information was listed as it had been previously when I held an assistantship under LSU. I clicked the “ok” buttons and went about my business.

After continuing to receive the same email from HR several times, I wrote back inquiring why I was still receiving those emails. I received an email from them stating that I had not filled out the forms confirming my US citizenship and my veteran’s status. The email politely informed me that I needed to click “ok” to send the forms.

Now without even getting into why an American citizen wouldn’t be eligible to work in the US, I can promise you that there were no such forms on the link they provided. On top of that, what kind of moron suggests that you should click “ok” to send forms when all of my other forms were updated successfully?! I wrote back and told them, “maybe I am stupid, but no such forms exist on this link.” I then proceeded to list every single form provided by the link.

After receiving the form email once or twice more, I did receive an updated email that stated:

“Can you please have her complete the Employee Information sheet too, and forward to me.  Thank you,

This is being looked into.”

Great, HR thinks I am a woman and I have, again, been asked for the forms that are not on the Information sheet! They also were kind enough to provide a link to the same website that didn’t have the forms to begin with.

Hopefully, however, the end is in sight. I went to the School of Music HR rep, who had been contacted by HR, who had been contacted by payroll inquiring why they could not pay me. HR told our departmental HR rep that he could not have me fill out paper forms, that I needed to follow the link and fill out the forms there. After proving to our HR rep that the forms were, indeed, not there, he had me fill out paper forms and told me that he would take care of it.

In the meantime, I have received two more notices from HR asking me to click on the link and fill out the forms. Wonder if I will ever get paid…

4 responses to “Bureaucracy in Action II”